Hope you enjoy this piece I wrote recently for ‘The Australian Way’. http://travelinsider.qantas.com.au/the_spirit_of_old_tokyo_our_guide_to_the_tsukiji_fish_market.htm

Includes Dennis Hopper’s favourite sushi shop. Bloomin’ good it is too. The sushi shop, I mean. Photos are by me too.

秋なす Eggplants aka Nasu were probably the first blue-purple things I ever ate. They are best in the autumn in Japan. A famed Japanese adage says you should never give the best ones to your wife in case she becomes too accustomed to the finer things in life. Personally I would be more than happy to give Sasha the best eggplants. 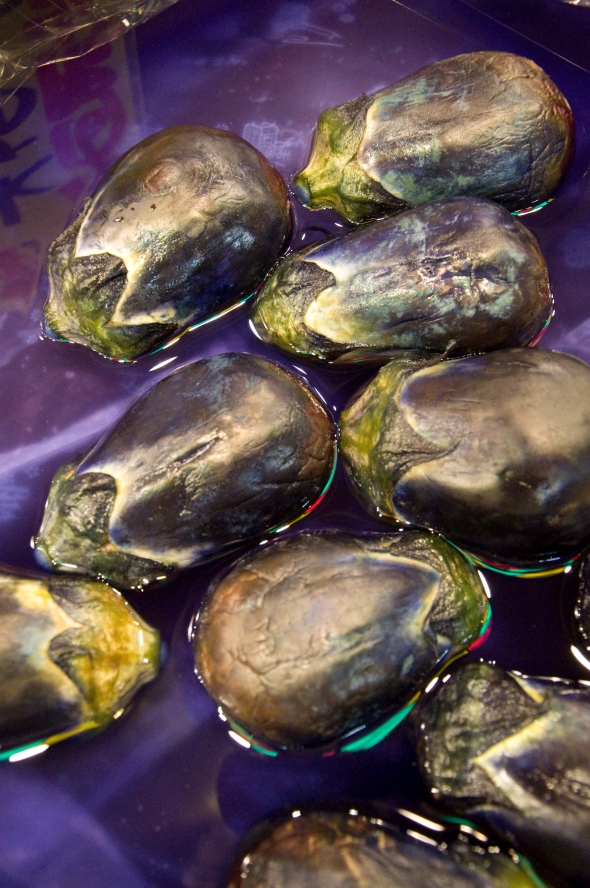 帆立 Scallops or Hotategai, a favourite of mine. Ate them once up in Aomori Prefecture in a very rough and rustic bowl of Ramen. Looked ropey, tasted fantastic. The place was called Shirakaba Ramen, the Silver Birch noodle shop, if you ever find yourself hungry on the windswept Western coast of the Shimokita Hanto peninsula. 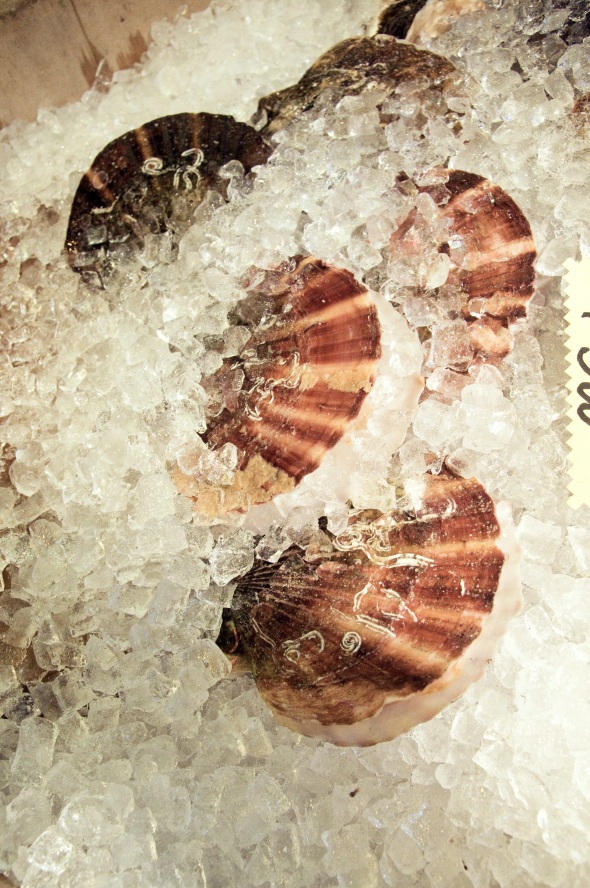 黄瓜のつけもの Pickled cucumbers. With a little togarashi pepper to add some bite to the crunch. 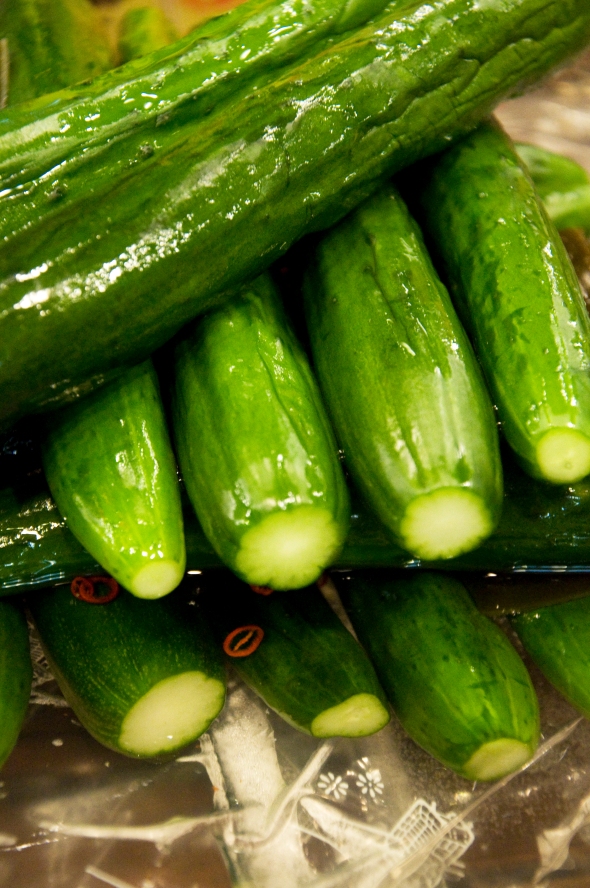 カキ Oysters, first eaten in Japan aboard boats on the river that runs through Hiroshima, so they say. Hiroshima is still famed for them, as is Kumihama in Northern Kyoto prefecture. Best in winter. An old friend of mine, Yoshito, runs a Sake brewery in Kumihama, and I remember a great outdoor party he threw many years ago when he ordered a huge consignment of fresh oysters from his fisherman friend, which he steamed in sake sakamushi-style in a giant cauldron. 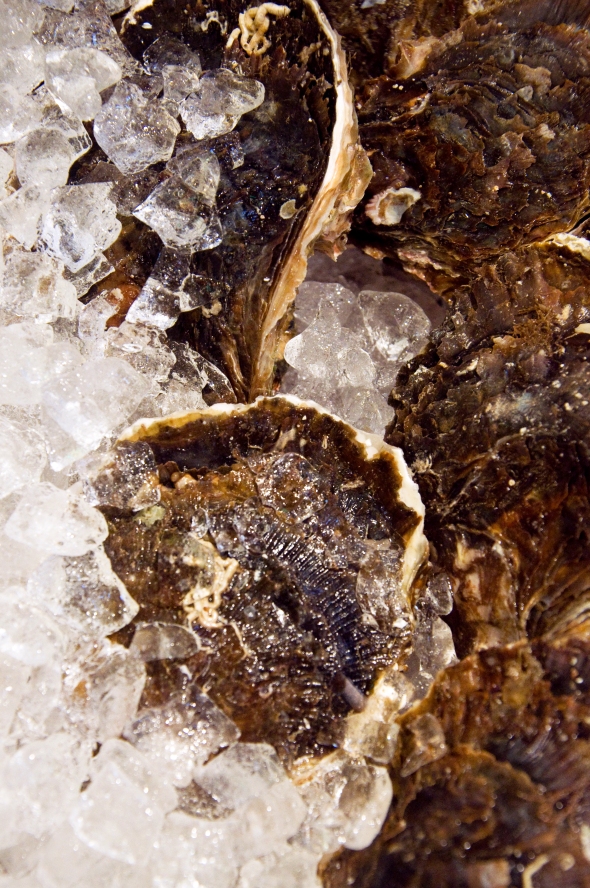 たくあんずけ Pickled daikon radish, or Takuanzuke. This is home-pickled, and that colour is natural. Not many japanese people know it, but Takuan isnamed after a monk of the same name who lived in the Takagamine district of North-west Kyoto. 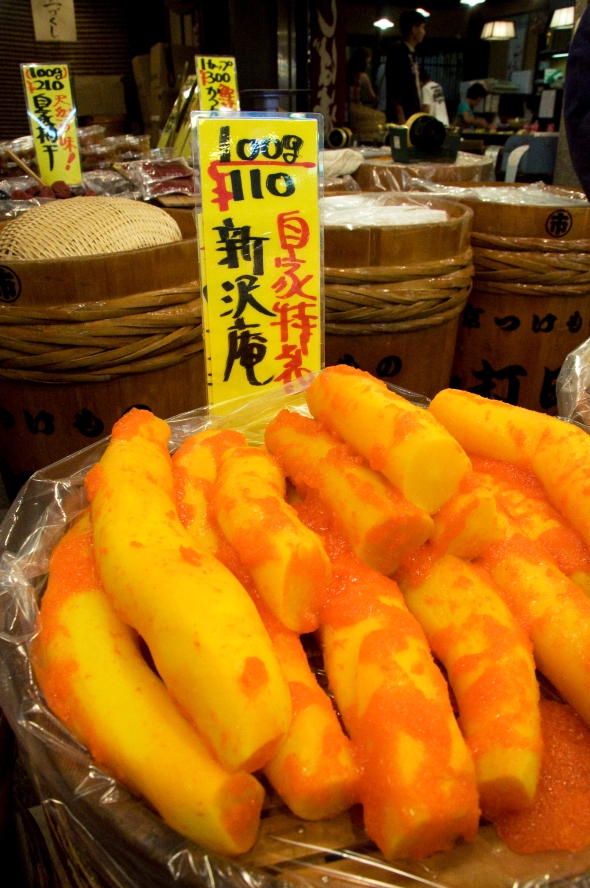 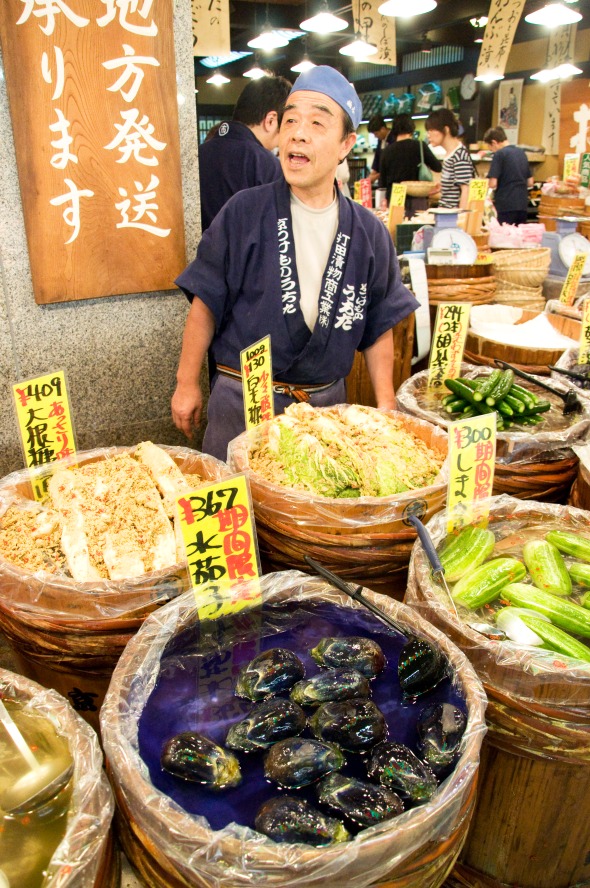